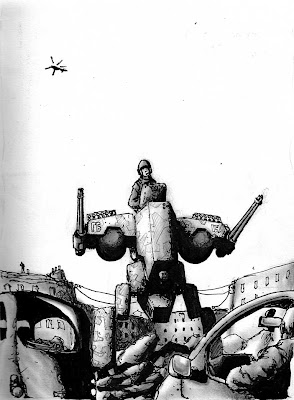 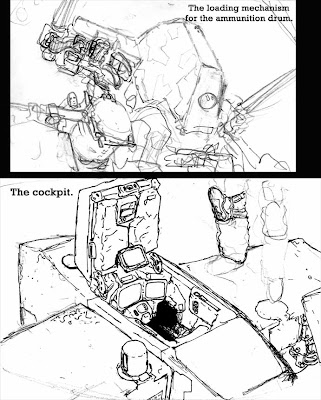 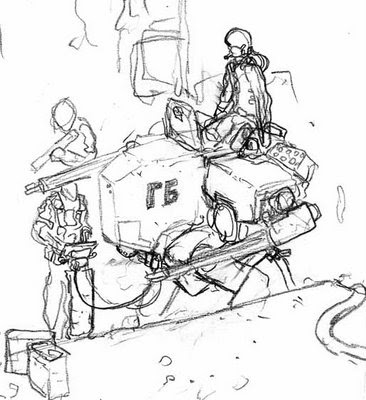 Since a sweet, tender age, I've been fascinated by the idea of robots and robotics. In this magnificent retrospective, I'll be rooting through the archives of the Robotblood offices to show off various designs that I have stolen, derived, and otherwise "invented" over the past years.
This walking machine was part of an abortive project that really revolved more around a magnificent setting I had devised rather then an actual story. It was drawn in 2004, and I think the general idea was that the soviets had invaded and occupied western Europe. The setting of the story was france, probably around 2025-2030 AD. This was a war machine of the Soviet occupying force, labeled as such by the prominent cyrillic "GB" (standing for "state security" - "Gosudarstvennoi Bezopasnosti") on the side of the pilot's compartment. While being heavily cribbed from the game Oni, this is still one of my favourite robots.
MORE TOMORROW!
Posted by Simon at 1:03 PM

Email ThisBlogThis!Share to TwitterShare to FacebookShare to Pinterest
Labels: robots